An NFL stadium field was designed to be 36’ below ground level and in the natural water table. Immediately, before field construction was started, the excavated sub-base appeared quite wet.  After the site was examined, it was determined that the initial drawings did not address the water issues (they were not discovered before excavation was initiated), and that the drawings thus had to be amended. This dilemma demanded strong working knowledge of field construction techniques, water & earth best practices, and how to solve an unfolding disaster puzzle without changing the field delivery date.

Grove Teates, of Alpine Services, Inc., quickly developed a mutual trust and strong working relationship with the architect as Teates demonstrated his knowledge of design and ability to evaluate the problem field. The architect was impressed with the depth of understanding and the possible solutions to the site issues that Teates presented to him. Teates’ knowledge of key products and suppliers was invaluable. Based on each morning’s observations of issues that developed the day before, Grove developed a solution plan before 8 am, the architect would amend the drawings per that plan, and send them to the owner for approval and distribution by 9:30 am.  The new changes could then be implemented during that day’s activities. This working relationship reduced change order time greatly.  The number of activities (due to daily “discoveries”) increased but the timeline did not—activities were amended, changed, or replaced to maintain the timeline.

The challenges included identifying three previously unknown streams of water that were discovered under the site, undercutting the field by 5 feet, lining the excavation with geogrid, capturing the water streams into collection systems, and replacing the field’s dry sub-base. This was accomplished in 5 working days—impressive and made possible by Grove’s experience and organizational abilities. He used his working knowledge of haulers, excavators, suppliers and psychology to achieve this quick fix to the significant water problem. Other resolved challenges involved the handling of the streams outside the stadium with the associated pipe design issues, finding a leak in the liquid heating system piping (36.4 miles), and logistics.

The delivery date was fixed by the NFL television schedule and was met. The field was delivered on time, it was praised by the commentators and well-received by the players. The game was played on schedule and owners, players, and all associated persons relaxed for the first time in 100 days. The field is still considered one of the best in the NFL!  Grove continues to serve as a consultant to stadiums across the country.  The value of having him on site to inspect the progress of a project was illustrated by his discovery of leaks in the pipes before the field was completed and covered up with turf! The field has stayed dry and continues to drain well.

Grove’s innovative thinking, drive, and ability to find solutions to very complex problems (under pressure) made meeting this timeline possible. This job involved significant water, time, and logistical changes to what initially appeared to be a normal construction site with a normal timeline; Teates met these unexpected challenges and the original requirements, delivered the field, and had 3 hours to spare before television time. 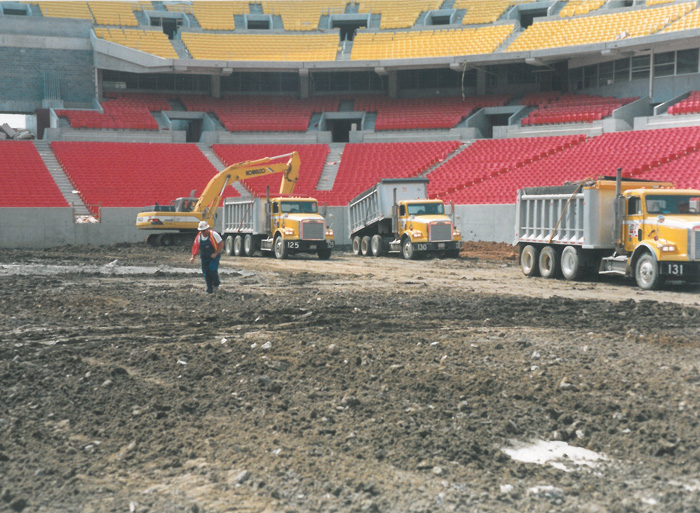 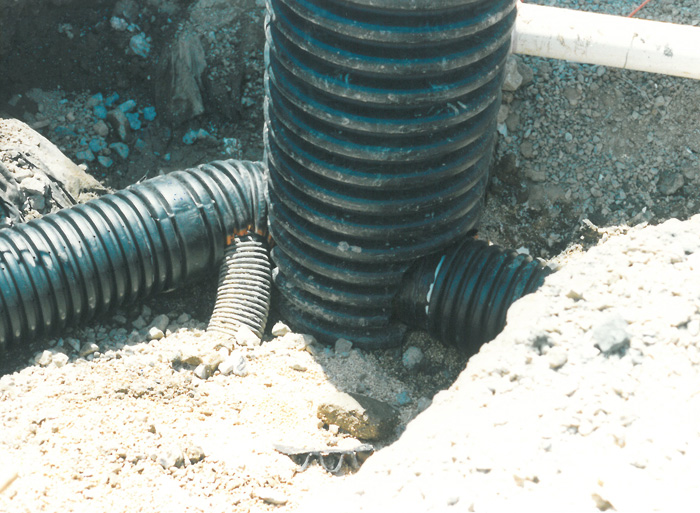 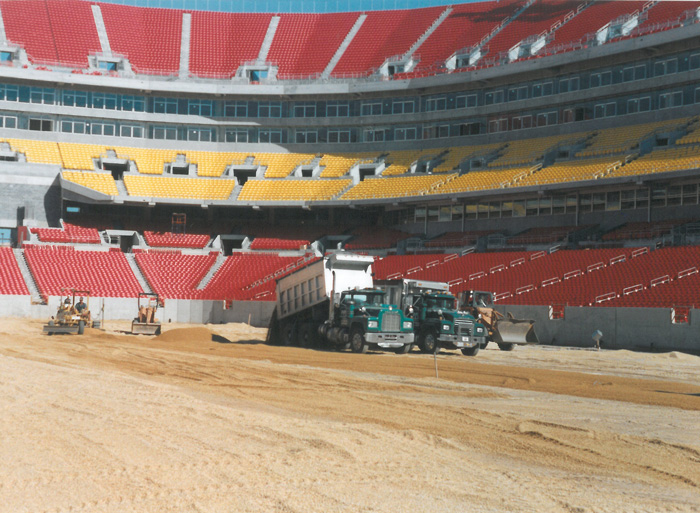 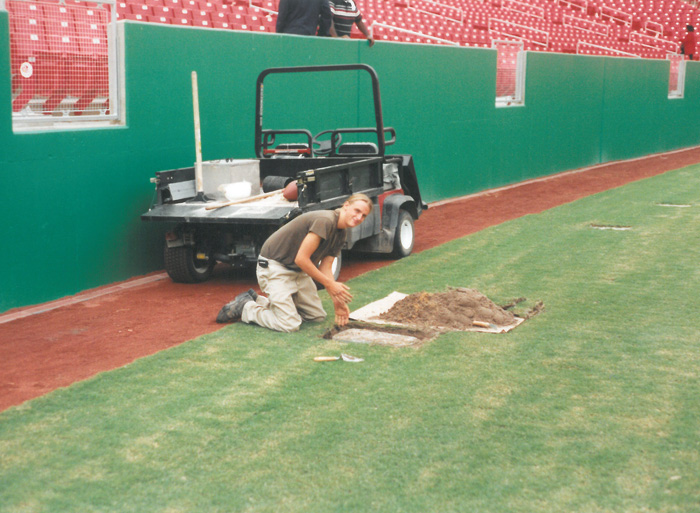