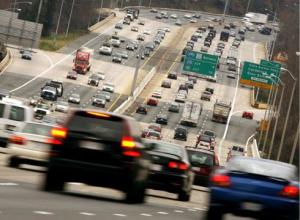 #1 Hours instead of days

A 13-acre, high-priority parking lot received 36”+ of snow; the snow was hauled to a remote location on the lot and stacked with large wheeled loaders.  Two weeks later, after the pile was frozen, the owner determined that the snow must be moved.  The expense to move the pile via a loader and dump trucks was estimated to exceed $200,000 and would require several days.

Alpine used its Sicard 7200 blower to blow the pile over a 10’ high fence and up to 200’ from the lot.  It took less than 8 hours to do this job.  The owner saved significant money by “thinking outside the box” and using Alpine’s big snow blowers.

The State of Maryland has some very high-priority interstate highways that serve the Nation’s Capital.  Most of them are a minimum of 4-6 lanes in each direction, often with concrete barriers in the median and along the shoulders.  The state’s conventional snow removal technology consisted of truck-mounted plows that pushed the snow to the highways’ shoulders and wheeled loaders and dump trucks to haul the snow away (so more snow could be pushed onto the shoulders).   After as little as 6-8” of snow, the shoulders could be piled high with snow for hundreds of miles – posing a significant problem.

Time studies on one particular operation involved four large wheeled loaders to load the snow, ten trucks to haul it, and four loaders to stack the snow where the trucks dumped.  The cost was approximately $5.50 per hauled ton.  In addition, when the need was the greatest, there were not enough trucks and loaders available for hire at any cost.

The problem had no apparent solution, causing great angst among the general public, polliticians, and not surprisingly, the highway department.

The solution?  Alpine’s big blowers.  Alpine is now hired to clear the snow, lifting it up over Jersey walls and blowing it up to 200’ away from the interstate in one operation.  Hours and dollars are saved.  The cost per ton of snow moved is approximately $0.80.  Everyone won when the State decided to utilize big snow blowers.